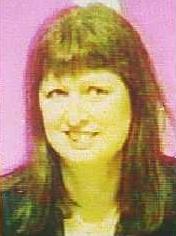 Retrieved from "http://wiki.apterous.org/Karen_Pearson"
Categories: Contestants in Series 53 | Contestants on other game shows