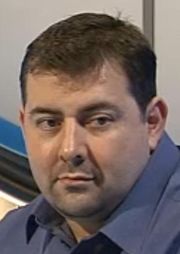 Phill Thorne was a contestant in Series 62 and 63.

Thorne lost his original game in Series 62 against Jay Lopian, but there was controversy as Lopian seemed to declare the illegal OUTSTEER, whereas everyone thought else thought he declared the legal OUTSTARE. He lost by just 2 points, so was invited back to the next series, where he lost on a crucial conundrum to Michael Chadwick.

He also appeared on The Weakest Link and on the radio quiz PopMaster. More recently he appeared on the ITV1 gameshow Tipping Point