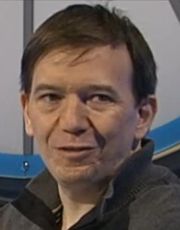 McGurn was #4 seed for the quarter-finals, inevitably setting him up for a close match against #5, fellow Apterite Ned Pendleton. For a time, Pendleton led by 8 points, but McGurn caught back up with TOMATINE, and a laughably easy final numbers game was followed by a conundrum that neither player was able to unscramble in the time. A second conundrum, ONIONPIGS, was thus necessary. Pendleton buzzed first, but his answer was incorrect, leaving McGurn to correctly get POISONING and win. In the semi-finals, however, he was defeated by Edward McCullagh, who would go on to become series champion.