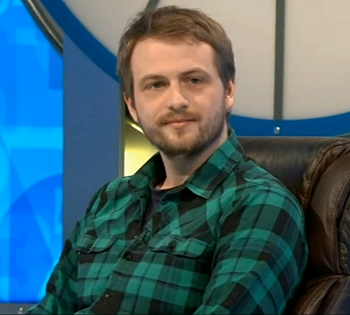 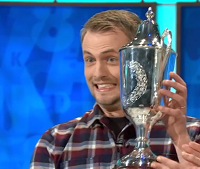 Tom Chafer-Cook was an octochamp in and the champion of Series 77. He is also an Apterite.

He first appeared in the penultimate heat game of Series 76, winning two games and amassing 243 points — giving him the highest average score of any contestant in the series — before stepping aside for the series finals. He maxed 14 rounds in his second game. He then returned for the opening heat of Series 77 — the first game to be played on the "new" blue set — on 3 July, showing no sign of slowing down as he spotted the nine-letter word MACROLIDE. In the sixth game of the series, Chafer-Cook rounded off his run with a total of 896 points, becoming the first octochamp and 800 club member of Series 77.

As a result of his success in the preliminaries, Chafer-Cook returned for the Series 77 finals in December as #1 seed. In the quarter-final stage, he maintained his edge, delivering a 105 – 60 defeat to fellow unbeaten player Graeme Staples with the help of such spots as POTLINES and TRAINEAU. Chafer-Cook's next match pitted him against #4-ranked Noel McIlvenny; here, he asserted his dominance even further, prevailing early on with the nine UNDERSEAL and racking up 134 points (only one point short of the game's maximum score) to beat his own record for the highest score of the series. This brought Chafer-Cook to the series grand final, where he was pitted against the series' #2 prospect, Bradley Horrocks. Despite falling five points behind in the first round due to his disallowed offering of resexed ☓, he proceeded to score in every subsequent letters and numbers round, ultimately eking out a nine-point lead by beating Horrocks with POOLIES and ENLIVEN. The conundrum was to remain a crucial one. However, when neither contestant was able to unscramble RILEYISMS in the time, the final score was confirmed at 100 – 91, and Chafer-Cook consequently obtained the Richard Whiteley Memorial Trophy and the title of Series 77 champion. His “xicount” total is 1,235 points, and he remains an unbeaten contestant.