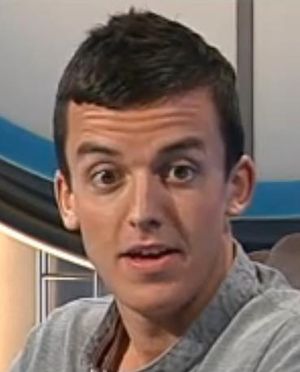 Bruce Lambert, on his appearance in Series 63.

Bruce Lambert was a contestant in Series 43. He was a 12-year-old schoolboy from Leyburn, Wensleydale, North Yorkshire.

He returned to the show aged around 14 for the 3-day Junior Championship.

He appeared again as an adult in Series 63, but lost to Peter Godwin by a margin of 5 points.