A featured article is of one The Countdown Wiki's finest articles, and could be about a player, a game, or a piece of Countdown terminology. The article's prose will be of a reasonable length, and preferably supplemented by images and external links to make the article more attractive, interesting, and informative.

Potential featured articles are suggested by registered editors of the wiki on this very page. If an editor's nomination is successful, an administrator will promote the article to featured status. This is indicated by a teapot symbol (right) appearing in the top right corner of the article, and the article will also appear in Category:Featured articles. One featured article is displayed prominently on the Main Page each month.

How to make a nomination

To make a new proposal, follow this edit link, or the one at the top of the page, and add your own suggestion. The name of the article placed between two sets of square brackets to make a blue link, with three equals signs on either side to make a third-level heading. For example, if you wanted to nominate the article for Jon O'Neill, you would type: ===[[Jon O'Neill]]===

Any related discussion takes place below this heading. Please use bullet points (* In my opinion…) and indentations (:* In reply to your point…) to keep things readable! 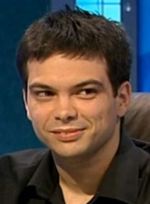 Graeme Cole was champion of Series 65. On his Countdown début against Liam Herringshaw, he immediately gained an eight point lead and spotted the nine-letter word RECOMBINE in the third letters round. Cole also scored 30 out of 30 on the numbers rounds, and won with 112 points. He outplayed Steven Hatton in his second game and found three further perfect numbers solutions to win 105 – 49. In Cole's third game, his opponent Aidan Turnbull kept apace in the early stages and this was the first of three consecutive games in which he fell short of a century. In the first seven rounds of Cole's sixth game, he amassed 62 points without reply including the niner NURSEMAID. He again scored 30 points on the numbers rounds and unravelled the conundrum IVYLEAVES in 2½ seconds. His final score of 125 was four points short of the maximum possible score in the game, and one point short of the highest score of the series. Cole concluded his octochamp run with scores of 91 – 41 and 95 – 59, and with an eight game total of 813 points he qualified for the series finals as #2 seed.

In his quarter-final match against Nikki Roberts, Cole spotted the niner DRAGLINES and again scored 30 out of 30 on the numbers. With a further 10 points for the apt conundrum EIGHTWINS, he won comfortably by 113 points to 61. In his semi-final against Paul Keane, Cole once again went behind early in the match but recovered with the word CAPRINE and took the lead with EXHAUST in round 8. Scoring 10 points in the second numbers round and spotting the eight letter word OCCULTED late in the game helped Cole to a 96 – 71 victory. In the series final. he faced #4 seed Carl Williams. Both players scored 43 points across the first five rounds, before Williams went ahead with ERECTION in the sixth. Five rounds later, Cole went three points into the lead, and he extended the gap to 10 points in round 14. Williams unscrambled the crucial conundrum TIMEUPLAD to force the game to a tie-breaker second conundrum. Cole unravelled VAANGELIS and became the 65th Countdown series champion, and the last to be crowned during Jeff Stelling's spell as presenter.

Cole returned to the Countdown studios for a special episode against Edward McCullagh in July 2012, to decide the overall champion of 2011. Six months later, Cole took part in the 30th Birthday Championship. After receiving a bye to the first round proper, he lost his only match against the Series 66 champion Jack Worsley by a score of 104 – 98, despite achieving the maximum possible score across the first 13 rounds. Today, Cole is an active contributor to the online Countdown community, using his skills as a software developer to provide data analysis on the c4countdown forum. (more...)

This article will appear on The Countdown Wiki's Main Page throughout March.