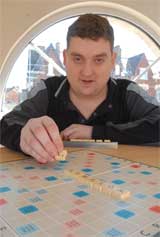 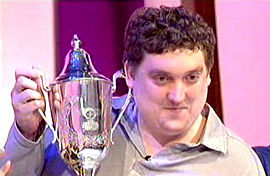 Craig Beevers was an octochamp in and the champion of Series 57.

He is only the second contestant to score centuries in all eight heat games, and also the second to score over 900 points. He scored three further centuries in his three appearances in the finals. He is known for his composed demeanour and incredible consistency, especially in the letters games.

Beevers' appearances began with a crushing victory over Baz Hunt, including impressive finds like TOEHOLD and EXTREMA. He continued to a seven further victories in an octochamp run that never looked in doubt, with further flourishes like ICEBOATS, TANDOORI, DOPAMINE and RUMINATED and a top score of 128. Solid performances on the numbers and seven solved conundrums saw Beevers' cruise to eight centuries and approach Julian Fell's long-standing points record of 924. However an unfortunate shortage of available nines left a maximum total of 987, one of the lowest ever, and Beevers did well to make 907 – percentage wise, the best octochamp run on record (91.89%) until Series 69.

Inevitably, Beevers returned for finals as top seed, beating Mikey Lear and fellow octochamp David Edwards without ever looking under serious pressure. The final, against Jeffrey Hansford, was a closer game – AMMONITE and SNIFTER handed Beevers a 15-point advantage going into the first break, and maximums in the next eight rounds left him with an unassailable lead of 23 with two to play. Hansford declared nothing on the final numbers game, but adopted his favoured tactic for the conundrum, buzzing as soon as RULEAGAIN was revealed and answering correctly to leave a final score of 105 – 82. Beevers had dropped just thirteen points in the whole game, taking his all-games total to 1,236 – still some way short of Julian Fell's 1,307.

Beevers occasionally played Countdown online on Apterous, and for a long time held the No. 1 human position.

Away from Countdown, Beevers has worked for the Association of British Scrabble Players and the World English-Language Scrabble Players' Association (WESPA), and has been Cleveland Scrabble Club champion on multiple occasions. He holds Grandmaster status, and has organised tournaments for a living. He began playing competitive Scrabble in 2003.