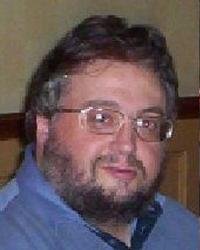 Huw Morgan was the champion of Series 34.

He first appeared on Countdown on 14 February 1997, where he beat Stuart Jones 46 – 44. He won 2 more games before losing to Steve Coberman, but his three wins were enough to earn him an invitation back for the final rounds as #6 seed. he 'gained his revenge' on Steve Coberman in the quarter-finals, beating him 54 – 28, before beating Paul Peters 61 – 45 in the semi-finals. In the final, Morgan started very much as the underdog, as he was awaited by the #5 seed Harshan Lamabadusuriya, who had recorded the highest score of the series after a brilliant performance his quarter-final, and then convincingly defeated the unbeaten #1 seed James Martin in his semi-final; however, in a commanding performance, it was Morgan who romped home the winner to become the 34th champion of Countdown, surviving a late comeback by Lamabadusuriya to win by 79 – 65. Notably, it was Morgan narrowly beating Lamabadusuriya to the buzzer on the first Conundrum that really did the damage in this game, as this put Morgan 24 points ahead, by 47 – 23, at half time; had Morgan not got to the buzzer first, the final result would in fact have eventually gone in Lamabadusuriya's favour by 75 – 69.

Morgan returned for Championship of Champions IX, but was beaten in the first round by Simon Pryde.

Outside of Countdown, he was a dedicated Scrabble player.

Morgan died on January 13, 2011, aged 54, after complications whilst being treated for swine flu.