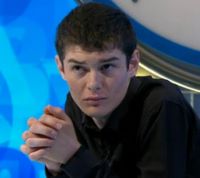 On 12 October 2020, he recorded the first maximum-scoring game on Paul Anderson's Countdown-based YouTube show ZoomDown; in the penultimate round, Rowan made a spectacular solve in a 6-small numbers pick, featuring two 10s, in which he produced a four-digit number before cancelling down to reach the target.