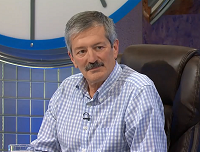 Osmond first appeared on 21 October 2019 against Pierse Walsh and won with a tight 82 – 77 points. He followed this with several more close performance including two centuries. He wrapped his heat run with a total of 711 points to become an octochamp and returned for the finals in December 2019, as 6th seed to face number 3 seed Paul Nixon in the third quarter-final.

In his quarter-final against Nixon, Osmond fought hard, and at one point, maintained a two point lead. However, Nixon fought back and solved the conundrum, relegating Osmond to his first defeat. Osmond garnered an overall total of 813 points in his run.