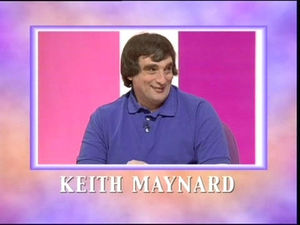 Keith Maynard was an octochamp in Series 54.

He scored 106 points on his debut, and followed that with three further centuries over his 8 games. 785 points secured the #5 seed spot in the quarter-finals for Maynard.

Paul Howe was waiting for Maynard in the quarter-finals; Maynard put on a less-than-inspired performance, losing by a 49 – 118 scoreline.