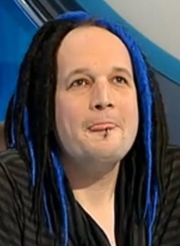 Cliff Barnes during his game against namesake Tom Barnes

Cliff Barnes was a contestant in Series 64. He was from Brighton.

In 2012, he appeared as a contestant on The Chase, and he then appeared on the first episode of the revival Fifteen to One in 2014. In 2019 he entered hall of fame for the Radio 2 film and TV quiz Couch Potatoes.