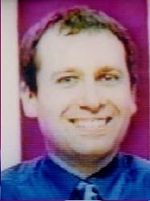 Series 47 was the 47th series of Countdown, broadcast on Channel 4 between Boxing Day 2001 and 28 June 2002. Presented by Richard Whiteley and Carol Vorderman, it was the second series to use the 15 round format and was won by Chris Wills (pictured). It was the first series of Countdown where eight octochamps appeared in the preliminaries: alongside Wills were Tom Hargreaves, Lee Hartley, Wendy Roe, Rupert Stokoe, Kevin Thurlow, Mike Pullin and Brenda Jolley. The series also featured three seven-time winners who therefore did not appear in the series finals: David Franks, Peter Coutts, and Julia Wilkinson. Wilkinson won her seventh heat game on the day immediately prior to the first quarter-final, and therefore had to continue her run in Series 48, where she qualified for the series finals as #5 seed.

Wills played Jolley in the first quarter-final of Series 47, and whilst both scored 30 out of 30 on the numbers rounds Wills beat Jolley in two letters rounds and unravelled the conundrum CELERYFIT to win 110 – 86. In the second quarter-final between Pullin and Hargreaves, the lead changed hands three times before Hargreaves won on a crucial conundrum. Two further crucial conundrums enabled Thurlow to defeat Hartley, and Stokoe to win against Roe. Stokoe returned the following day to play Wills in the first semi-final, but he lost three consecutive letters rounds to go 22 points behind by round 7, with Wills winning comfortably by 118 points to 78. In the second semi-final, Hargraves dropped just three points across the first 14 rounds, and dispatched Thurlow despite failing to solve the conundrum OUTERSUNS. In the series final, Hargraves had roadsail ☓ disallowed in round 4 and by the second commercial break he had fallen 25 points behind. Both players missed the nine-letter word VIDEOTAPE in round 11, effectively ending Hargreaves' chances as Wills ran out the ENDVICTOR by 110 – 67.

In March 2002, approximately halfway through Series 47, there was a three day break from the main competition to make way for the Junior Championship. This three day mini-tournament featured four contestants who were aged between 8 and 12 years old upon their original appearance. The four contestants were Perry Fung from Series 40, Amey Deshpande and Andrew Hulme from Series 42, and Bruce Lambert from Series 43. Hulme beat Fung in the final by 53 points to 41 after a crucial conundrum. He returned to Countdown as an adult, becoming the runner-up of Series 61 and participating in the 30th Birthday Championship. (more...)