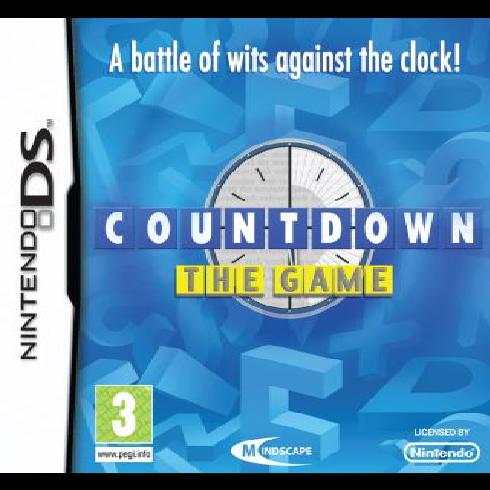 Countdown, The Game for Nintendo DS was released on 6th November 2009.

The game was reviewed on its first day of release by Apterous and Countdown tournament player Julie Taylor, who said the positives outweighed the negatives, and that she thought it was a useful addition to the Countdown world due to its portability, ease of play, and family-friendliness. She also enjoyed its vast coverage of words, even including those of 2-letters.

Negatives were individual number selections (rather than in blocks of large or small as on the show), no time to submit number solutions after the 30 seconds, and only space to submit one word at a time.