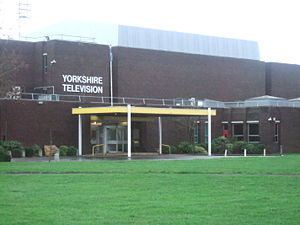 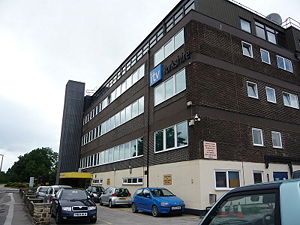 The former Calendar studio building, located opposite the main studios. 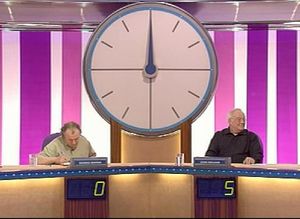 Example of the set.

The Leeds Studios are located on Kirkstall Road in Leeds, West Yorkshire, and were the home of the Countdown studios from 2 November 1982 to 19 June 2009. However, the studios moved temporarily twice, to the Tyne Tees Studios for 29 episodes in 2001, and the Granada Studios for nine episodes in 2007.

The show was originally called Calendar Countdown as part of the Yorkshire news show Calendar which still runs in Yorkshire today. Thus, Leeds, in the heart of West Yorkshire was chosen as the venue for Countdown. The main studio contained the Countdown set including seats for both contestants, the presenter, and the Dictionary Corner duo. It also contained a seating area for about 200 people, plus the iconic Countdown clock, the letters board, numbers board and tiles. There was also:

In March 2009, ITV plc announced that The Leeds Studios were to be closed in an effort to save costs following a reported loss of £2.7 billion for 2008. About 150 jobs would be lost. The Calendar studios would remain open as would the separate Emmerdale studio.

The studios officially closed on 22 April 2009, with production of Countdown moving to the Granada Studios in Manchester.