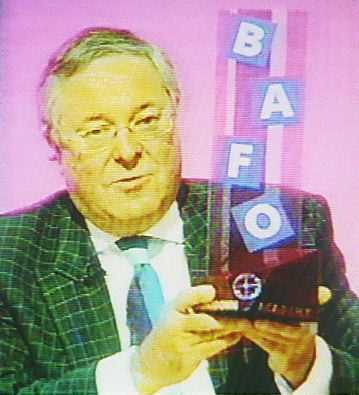 Richard Whiteley with the BAFO

BAFO was an award, in the form of a perspex trophy, presented for the best viewer letter of a series of Countdown. It apparently stood for the rather embarassing "BAnter FOdder".

One was presented to John Smith during the Series 53 semi-finals. It is believed that this intended serial award died a sudden death along with Richard Whiteley, meaning that Mr. Smith's was both the first and the last.