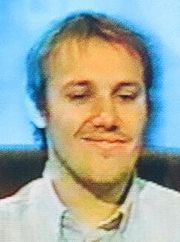 Bob De Caux was a contestant in Series 61. Despite equalling number 8 seed Jaqueline Baker in terms of wins, he missed out on the series finals by only five points, scoring 505 points to Baker's 510.

In 2013 and 2014, he appeared as the team captain for the University of Southampton on University Challenge. Subsequently in 2018, he appeared on Only Connect as a member of the "Poptimists".