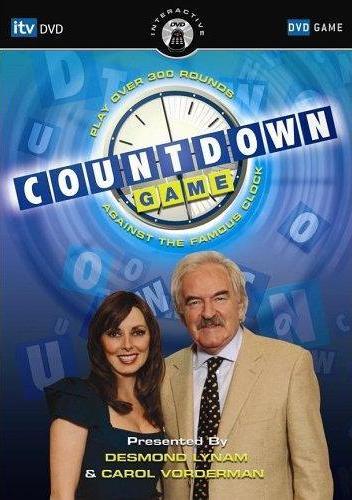 The Countdown Interactive DVD game was released on 6th November 2006. It starred the then presenter Desmond Lynam and Carol Vorderman, and allowed you to play alone or in a team of up to four. It originally retailed at £19.99.

Archive version of Mike Brown's review on The Countdown Page