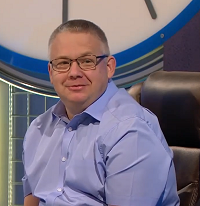 Dan Hall was an octochamp in Series 85. He was a teacher of German from Coventry, originally from Crawley.

After a narrow debut victory over Gary Hughes on 14 January, Hall won an additional seven games, achieving two centuries and a personal best of 108 in the process. He finished with 711 points to become the second octochamp in the first 18 episodes of the series, but in a strong field of finalists, this was only enough for No. 7 seed. In his quarter-final match against No. 2-ranked Matt O'Connor, Hall kept the game close at the beginning, but was ultimately eliminated from the competition after losing by 48 points, bowing out with a respectable score of 58 and a series total of 769.