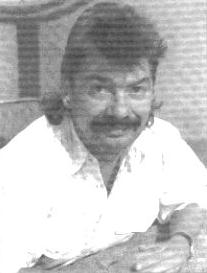 John Beresford Meade, often billed as either John B. Meade or just John Meade was a producer of Countdown, and produced the very first episode. He then took over as executive producer from the original, Frank Smith. He also co-authored The Complete Countdown Companion (1990), Countdown Puzzle Book (1991), and Countdown Puzzle Mountain (1996).

Born to English parents in Singapore, he passed away on 2 November 2004.