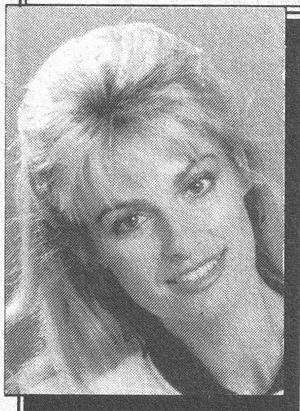 Karen Souness, née Karen Loughlin, also Karen Levy was Countdown's second "letters girl", replacing Cathy Hytner. A model and actress, when she joined the show in 1987 a lot of press coverage concerned the fact that she'd been an extra in 1985's A View To A Kill. This however didn't stop the press from dubbing her a "Bond girl". She left after three series to be replaced by Lucy Summers.