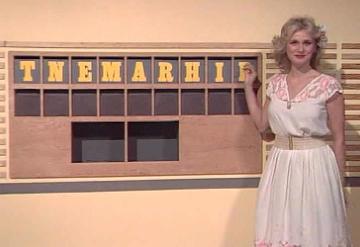 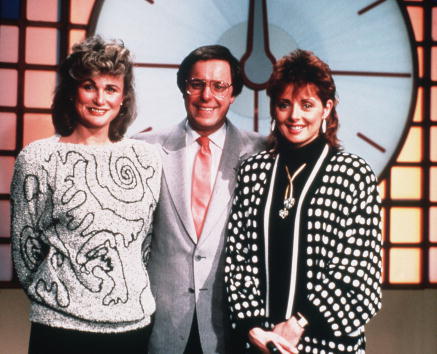 Cathy Hytner (or Kathy Hytner, it seems nobody can agree on exactly how to spell her name) was Countdown's original "letters girl" and came to Channel 4 along with Richard Whiteley from the Yorkshire TV pilot series Calendar Countdown. From Series 3, she also put up the numbers. Angela O'Dougherty stood in for Hytner for five episodes during Series 2.

Hytner left in 1987 and emigrated to France. She seems to have been largely airbrushed out of the official history of the show, which is a shame as in the early years she was far more the female face of the show than Carol Vorderman was.

Hytner was replaced by Karen Loughlin.

Hytner reappeared on Countdown on 12 December 2008 for a big farewell to Carol Vorderman. 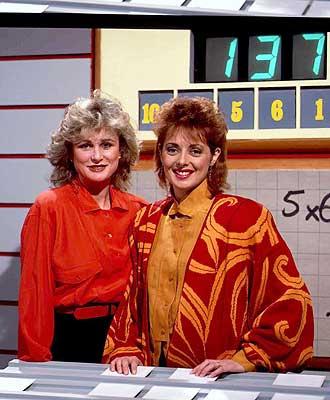 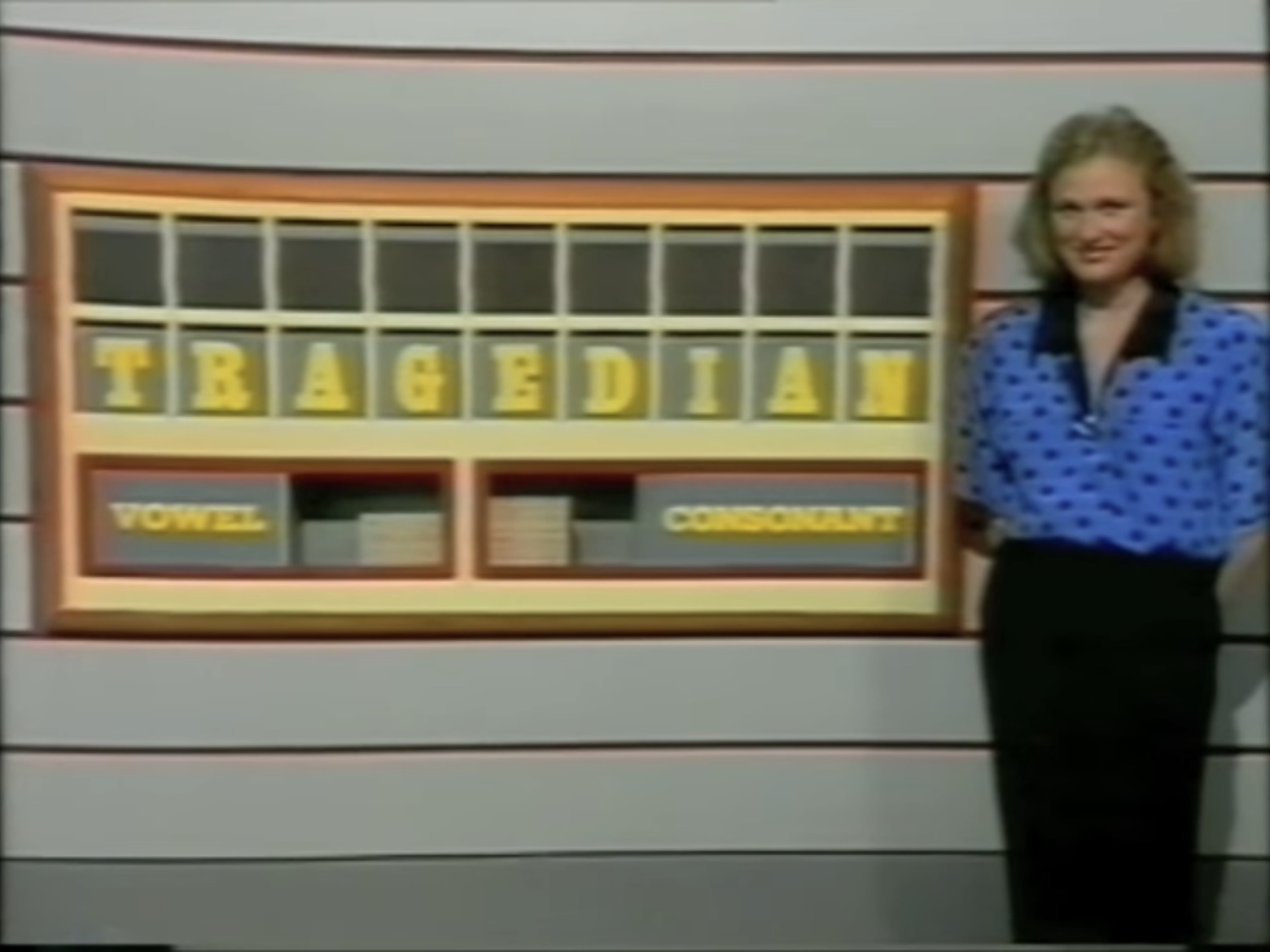 Cathy Hytner at the board with one of Harvey Freeman's nines.
Retrieved from "https://wiki.apterous.org/index.php?title=Cathy_Hytner&oldid=130562"
Category: