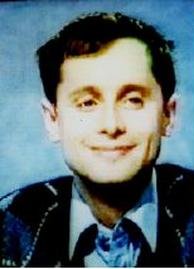 Harvey Freeman was an octochamp in and the champion of Series 10, Championship of Champions III and the Supreme Championship, earning him the reputation as one of the greatest Countdowners of all time. He is the only contestant ever to have won four titles: octochamp, series winner, champion of champions and all-time supreme champion. He has also been a top Scrabble player.

As a 21-year old Cambridge University undergraduate from Enfield, Middlesex, he made his debut on 31 October 1986 against David Whiting, prevailing with his solution to the crucial conundrum YUNIGNITE. Freeman won that game and seven more to achieve octochampdom with a then-record aggregate score of 523 points; a record that would stand for almost 14 years before it was beaten by David Williams in Series 43. In his second game, Freeman scored 82 points – not only the highest score of the series, but also then an all-time record. He is also the second octochamp, after Darryl Francis, to solve all 8 conundrums; he did this in a combined time of 26 seconds, a record which stood until 2015 when Thomas Carey clocked 17.75 seconds.

Freeman returned for the final rounds as the clear #1 seed, and dominated his opponents Elisabeth Jardine and Les Martin in the quarter-finals and semi-finals respectively, before going on to face Mike Percik in the grand final. Despite having outtakes ☓; disallowed in the second round, Freeman would enter a commanding performance here too, running out the 96 – 52 winner.

In February 1987, Freeman appeared on the special episode to celebrate Countdown's 500th show. Later the same year, he returned for Championship of Champions III, and after beating Michael Stephenson and John Clarke, he found a tough opponent in the grand final in the shape of David Trace. Freeman lost out in the first conundrum to Trace, putting him ten points behind, but he scored in every other round, including the final, crucial conundrum, to win 115 – 107 — the highest ever score in a 14-round grand final and the only time anyone has ever scored over 110 under that format. Freeman became the first ever grand slam winner by claiming the titles of octochamp, series winner and champion of champions.

In 1996, Freeman returned to the Countdown studios one last time to participate in the Supreme Championship. Given a bye in the first round, Freeman defeated Ian Bebbington in the second round and Barry Grossman in a closely-fought group final to put himself into the series quarter-finals. There, he beat Andrew Perry before once again beating John Clarke in the semi-final. In the final, he faced Allan Saldanha in what promised to be a true battle of the greats. Critically, though, Freeman put the D on the end of Saldanha’s word CREOSOTE in the first round and was able to hold on to his lead to avoid a crucial conundrum and win 82 – 79, winning the title of 'All-time Supreme Champion' and maintaining his winning streak at an unprecedented 19 games (his only ever loss being against producer Mark Nyman in the separate Countdown Masters series in 1990). Notably, all but one of Freeman's Supreme Championship games were decided by crucial conundrums.