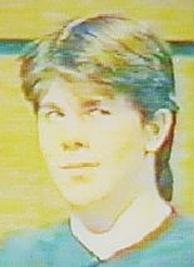 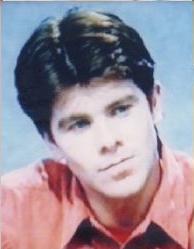 Tim Morrissey was an octochamp in Series 17, the winner of Championship of Champions V and a semi-finalist in the Supreme Championship. Commonly regarded as being the second great "Countdown prodigy" after Allan Saldanha, Morrissey’s career spans 21 games.

Morrissey, from Dublin, made his debut at the age of 12 on 24 January 1989 in the tenth heat of Series 17, defeating Jean Tweddell 63 – 60. Morrissey went onto become an octochamp, despite drawing a game against Mary Hawes in the middle of his run, and returned for the finals as No. 1 seed. His total score from his eight wins was 482 points — putting him amongst the highest scoring octochamps of all time. In the final rounds, he defeated Jim Saywell 60 – 46 in the quarter-final, but came unstuck against Evan Simpson in the semi-final, losing 56 – 45.

His performances and his memorable character meant that he was the ideal candidate to take on Allan Saldanha in a 14 round game celebrating Countdown's 1000th show. Morrissey narrowly lost 94 – 93 following a crucial conundrum, which, it later transpired, was misspelled!

Six months later, Morrissey would once again return to the Countdown studios, this time for Championship of Champions V, for which Morrissey was a hot favourite. After defeating Liz Barber and Lindsay Denyer, Morrissey took on Gino Corr in the final, and won a tight match 78 – 62 to become the fifth Champion of Champions.

Morrissey would return to Countdown one final time in 1996, aged 20, to participate in the Supreme Championship. Displaying the same impressive form that saw him win Championship of Champions V, Morrissey beat Nita Marr (spotting the crucial conundrum FOLKBOSHE to take the game), Kevin Nelson, Tony Vick and Hilary Hopper to set up a mouth-watering semi-final clash with Allan Saldanha. Unfortunately for Morrissey, history would repeat itself once again as Saldanha ran out the 61 – 57 winner.

His elder brother, John, appeared on the show in Series 19, but wouldn't have quite the same success as Tim.