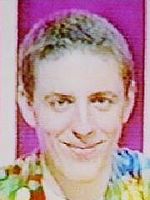 Graham Nash during the 11th Championship of Champions.

Graham Nash (born 25 December 1979) was an octochamp in and champion of Series 43, and winner of Championship of Champions XI.

Nash made his Countdown debut on 20 July 2000, defeating two-times winner and Edinburgh Countdown Club member Melanie Beaumont by 60 points to 49. He demonstrated consistent scoring to polish off seven further wins, including three scores of over 60 and a high score of 72 points against Roger Robinson. Nash amassed an eight game total of 465 points and qualified for the series finals as No. 2 seed.

Nash narrowly overcame Gordon Cusworth and Clare Wright in his quarter-final and semi-final respectively, setting up a grand final against No. 5 seed Matthew Turner. Turner was perhaps a surprising grand finalist, having beaten No. 1 seed and then eight game total record holder David Williams during his semi-final.

In a close game, Nash was immediately on the back foot after having fainters ☓ disallowed in round 1. Turner soon returned the favour by having easternly ☓ disallowed in round 4, levelling the scores at 23 points apiece. Both Nash and Turner had halled ☓ declared invalid in round 5, but Turner took the lead in round 6 with a perfect numbers solution. However, it didn't last for long as Nash unravelled the first conundrum GETTENRED to level the scores once more. A decisive penultimate numbers round gave Nash a 10 point advantage, which he was able to hold onto until the crucial conundrum. After six seconds, it was Nash who solved ANEWREBEL to become Series 43 champion.

Nash returned in 2003 for Championship of Champions XI where, in spite of his unbeaten record, he wasn't considered one of the favourites thanks to the presence of players including Chris Wills and Julian Fell. Nash's first game of the tournament pitted him against Series 42 semi-finalist David Ballheimer. Words including VINTAGES and MICROBES helped Nash to a comfortable 103 – 70 victory.

Nash's second game was against the hotly-tipped Julian Fell. Both players were unbeaten with 12 wins from 12 games, but Fell had the edge in terms of average score. The first key word came in round 4 when Nash had formica ☓ disallowed as it is listed in the NODE as a proper noun. Both players spotted a nine in round 8, ORGANISED and GRANDIOSE for Nash and Fell respectively. The following round, Fell declared eight to Nash's seven, but Fell's offering of gambiers ☓ was disallowed, giving Nash a one point advantage. The players scored equally in every round up to the conundrum, giving Nash a lead of 110 points to 109. In less than two seconds, it was Nash who unravelled MENDMEDOC to beat Fell by 11 points.

Nash faced Series 47 finalist Tom Hargreaves in his semi-final. Three rounds in, Nash had septagon ☓ disallowed which allowed Hargreaves a seven point advantage. Hargreaves held this lead until round 7 when both players declared nine: whilst Nash's offering of CLEARINGS was deemed valid, Hargreaves's rescaling ☓ was not. This gave Nash an 11-point lead which, following turbulence from both players, he held until the conundrum AVIANLOUT. Nash solved this in 1.5 seconds to earn a 'valuable' place in the tournament final.

The final against Series 47 champion Chris Wills turned out to be a low-scoring affair. Wills took the lead in round 4 with GAMBADE but, after the first ad break, Nash levelled the scores with the seven-letter word PENSIVE. In round 8, Wills had mistle ☓ disallowed, gifting Nash a six point lead courtesy of METALS. Nash held this lead until the final numbers game, where an impossible target obligated both players to score zero points. With the scores set at 79 – 73, this forced a crucial conundrum. After 30 seconds, neither player had been able to unravel OVERSPADE, presenting Nash with a seemingly unlikely Championship of Champions victory. Nash thus became the fifth player to win a grand slam (undefeated in the heats, finals and Championship of Champions), after Harvey Freeman, Nic Brown, Don Reid and Scott Mearns, as well as the final one prior to the CoC hiatus during the early 2010s.

In 2015, Nash returned for a special episode against John Brackstone, which he won 94 – 49, maintaining his unbeaten record on the show. His appearance here made him the first player to have contested all four major game formats, including both "old" and "new" 15-rounders.

Nash has appeared on further television game shows including BrainTeaser, Grand Slam, Divided, Wordplay and The 1% Club. Therein, he displayed his 'unique' taste for colourful shirts that was apparent during his Countdown appearances.