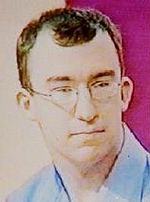 Ben Wilson was the first series champion under the 15-round format.

The 15 round format is the arrangement of letters, numbers and conundrum rounds introduced at the start of Series 46 and used up until Series 68. Whereas the 9 round format used in previous series (and equally the 14 round format used in past series finals) gave contestants their choice of selections in an equal number of letters and numbers rounds, the 15 round format sees the contestant in the champion's chair pick an extra letters selection but only one of the three numbers selections. This can offer an advantage to the contestant in the challenger's chair in close games, as they have the choice of selection in the final numbers round.

For games where there is no reigning champion (finals games and those which follow the departure of an octochamp), order of play is decided by an off-screen coin toss. The champion picks in odd-numbered rounds, and the challenger in even-numbered rounds. Alongside the short intermissions for commercial breaks before rounds 6 and 11, book-ended by Teatime Teasers, the celebrity guest provides an anecdote after round 5. Furthermore, since September 2007 Susie Dent has presented the Origins of Words slot after round 9.

In 2013, it was announced that the previous arrangement of letters and numbers was to be changed to a new 15 round format of LLNLLNLLNLLLLNC, in accordance with Channel 4's shuffling the lengths of the program's three halves. The change took effect on 25 March 2013, in the midst of Series 68.