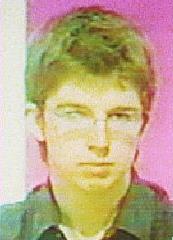 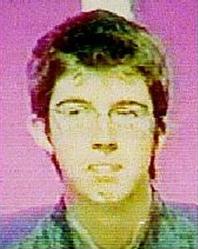 Paul Gallen is the Series 52 runner-up and the winner of Championship of Champions XII. He is widely regarded as one of the greatest Countdown players of all time.

He first appeared aged 18 and scored 96 points in his first game, and went on to compile 846 points with a top score of 121 and two scores of 117 in his first eight games. He scored 'only' 92 against Rita Willmott but came back above 100 with 108 points against John Hunt. The final was a tense affair. Gallen beat #3 seed Mark Tournoff with FIACRES and MITOGENS in the first four rounds, but Gallen failed to score on the first numbers, so the score was 30 – 25 in Gallen's favour after 5 rounds. Both players equalled each other in every round from them on, until Tournoff tried INTERNETS ☓ which was only listed with a capital letter. Gallen had MIRIAD ☓ disallowed in the next round, and after both players scored on the numbers, it was a crucial conundrum. Gallen buzzed in on three seconds but gave no answer and the rest of the time was allowed to Tournoff. He then saw the right answer, as indicated by reducing himself to dejection. Tournoff duly spotted PARTRIDGE and won the game dramatically 92 – 89.

He was invited back to the Championship of Champions XII where he beat Series 50 runner-up Eamonn Timmins by 45 points, including two nine-letter words. The quarter-final was against John Davies who was unbeaten with 12 wins out of 12. The Series 49 champion slipped up offering the invalid gratinees in the first round, whilst, Gallen had STINGAREE. The players scored equally in every round until Gallen could only find a five whilst Davies had CABBIE. This wasn't enough to force a crucial conundrum, and Gallen won 118 – 96, in a game closer than the scoreline suggests. The semi-final was against Conor Travers who was also at the time unbeaten. As in the previous game, the players scored in every round apart from Travers who offered BOING for five when Gallen had a six. This meant another crucial conundrum PRESCHOOL which Gallen solved to beat another previously unbeaten player. In the final, to win the competition, Gallen would have to beat Mark Tournoff who was both an unbeaten champion and the only player ever to beat Gallen.

In the final, both players played an impressive game with all maximums for both players all of the first 11 rounds, including the impressive STARFISH in Round 1. It was Gallen that took the lead in rounds 12 and 13 with TELECOM and DYSPNOEA. Again all Gallen had to do was score points on the final numbers game and he would avoid a crucial conundrum, but he got the numbers game wrong and let Tournoff in for a crucial conundrum. This time Gallen made no mistake, and took the conundrum PEPPERONI for himself and took the Championship of Champions title with him too, carding a then-record 14 maximums in the process (a record eventually beaten by Kirk Bevins in Series 60).

Since his appearances on Countdown, Gallen studied Law at Belfast University and has become a keen competitor in the world of Scrabble. In 2012, he became the first person born outside the British Isles to win the National Scrabble Championship, and won the ABSP Masters in 2013, 2014 and 2019 and the British Elimination Scrabble Tournament in 2013 and 2017. He has been ranked number 1 in the world, holds Grandmaster status and replaced Allan Simmons as Saturday’s Scrabble columnist for The Times in 2017.