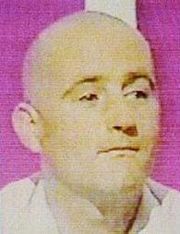 Eamonn Timmins was the runner-up of Series 50.

He first appeared on 22 October 2003, beating Gail Richman 82 – 65, and won a further 3 games before losing to Stuart Solomons. Timmins' four wins saw him return for the final rounds as #7 seed, and he beat Stuart Earl in the quarter-final and won his rematch against Stuart Solomons in the semi-final. In the final against Chris Cummins, Timmins made many impressive spots, including the nine REGIMENTS, but in the end was outclassed by Cummins' superior word and numbers skills, losing 122 – 86.

Timmins played in Championship of Champions XII, but was beaten in the first round by eventual winner Paul Gallen.