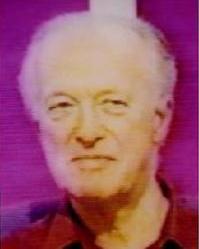 He first appeared on 9 April of that year, beating Andrea Maycock 84 – 65, and won a further four games before losing to Ric Morgan. However, his five wins were good enough for a place in the finals as #3 seed, and he impressively beat Patrick Vowles in the quarter-final and saw off the challenge of Martin Gardner in the semi-final.

The final against John Davies turned out not to be a classic, as Davies ran away with it despite offering a five in the first round. Wilson later missed FURRIEST and offered diazole ☓ which is not in the dictionary. After Davies took the points on the first numbers game, he took a commanding lead. After Wilson missed TOILET and another numbers game, the game was over unless Wilson could get a nine. He didn't and offered a second invalid word meaning that the scores were 92 – 58 in Davies favour going into the conundrum TINEYMIND which Davies solved in 13 seconds to win the final with a century.

Wilson returned for Championship of Champions XII, but was beaten in the first round by fellow runner-up John Brackstone.