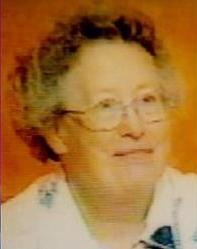 Grace Page was an octochamp in and the runner-up of Series 48, as well as a participant in Championship of Champions XI.

Page won 8 heat games with scores ranging between 90 and 120, and became the first woman to accumulate over 800 points in an octochamp run. In her seventh game, she unravelled two nine letter words: FLAGSTONE and INSPECTED. She qualified as number 2 seed (some way behind Julian Fell with 924 points), but narrowly beat David Nickeas in the quarter-final, before beating Joe Zubaidi more convincingly in their semi-final. In the grand final against Fell, Page made a slow start by missing CREMATION in the first round, but redeemed herself by beating Fell with KNITWEAR and winning the final numbers game. She lost by 24 points, but nonetheless became the first woman to claim series runner-up spot in the 15-round format.

Page appeared in the Championship of Champions XI, losing to Rupert Stokoe of Series 47 by just 10 points.