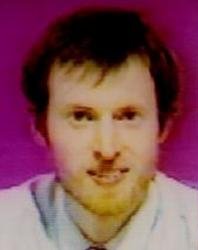 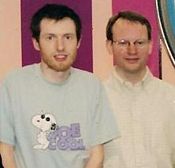 John Davies was an octochamp in and the champion of Series 49.

He first appeared on 2 May 2003. He beat Jim Stewart in his first game, the day before Stewart had set the at-the-time record for the lowest winning score with 58. Davies followed this up with a win over Scrabble prodigy Austin Shin by just one point, Davies was 11 ahead going into the conundrum which Shin solved. There was another narrow victory over Norma Sutherland and Michael Perkins before crushing defeats of Paul Johnson and Harry Simpson, Davies getting his second century against Simpson. A win over Gwenda Withnall including impressive words like SAMURAI put him on seven wins. In his 8th game he faced numbers game specialist Jerry Humphreys in a tense game, in which both players beat the other in several letters games but both players were on 93 points before the conundrum thanks to them both spotting DELATIONS earlier in the game. The conundrum was DANGCUBIT which Davies solved in just one second to become the series #1 seed.

He returned for the final rounds as #1 seed 20 points ahead of the Series' only other octochamp Martin Gardner. He beat #8 seed Christine Scott in the quarter-final thanks to Scott's false nine CROONIEST when Davies had CORNIEST, and Scott choosing six small numbers twice and failing to score on either of those game. Davies couldn't get the conundrum HOBGOBLIN but cruised in the first semi-final by a margin of 29 points. In the semi-final he met Andrew Tatham who kept the game close by beating Davies with URBANITE just before the second numbers games, but Davies in turn beat him with AMUSEDLY and BOOTLEGS and two numbers games, meaning that Davies was in the final with a winning score of 93. The final against David Wilson turned out not to be a classic, as Davies ran away with it despite offering a five in the first round. Wilson later missed FURRIEST and offered DIAZOLE which is not in the dictionary. After Davies took the points on the first numbers game, he took a commanding lead. After Wilson missed TOILET and another numbers game, the game was over unless Wilson could get a nine. He didn't and offered a second invalid word meaning that the scores were 92 – 58 in Davies favour going into the conundrum TINEYMIND which Davies solved in 13 seconds to win the final with a century.

He returned for Championship of Champions XII, beating Gary Male in the first round. In his quarter-final against Paul Gallen, both players scored a nine in the first round, however Davies' offering of gratinees ☓ was refused (as GRATINEE is an adjective and cannot be pluralised), while Gallen's STINGAREE was allowed. This cost Davies as he went into the conundrum 12 points behind and thus couldn't win, had he spotted either of the nines (there's also RESEATING) he would have been able to win. However it was Gallen that got the conundrum and won the game by 22 points.

Retrieved from "https://wiki.apterous.org/John_Davies_(Series_49)"
Categories: Series winners | Finalists | Octochamps of the 15 round era | Contestants in Series 49 | Contestants in Championship of Champions XII | Teapot owners