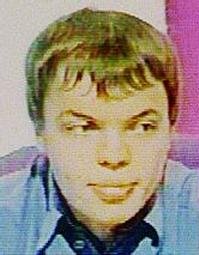 Chris Cummins was an octochamp in and the champion of Series 50.

A Cambridge mathematics undergraduate, Cummins made his debut on 21 July 2003, scoring a solid 95 to get into the champion's chair. He cruised through the next seven games with little opposition, scoring six more centuries and an impressive 123 against Richard Redman. This game was particular memorable for Cummins' double nine of GASOMETER/MEGASTORE, along with DEPILATES. The quarter-final was another one-sided affair, as Cummins posted 107 to Brian McKeon's 58, before despatching Adam Laws with similar ease. The final, against Eamonn Timmins, was his first serious challenge, but winning spots of HOMAGES, CENSORED and TADPOLES opened a substantial lead by the end of the second half, which also included 18-pointer REGIMENTS for both players. Dropping only one point in the third half, Cummins ran out comfortable winner by 122 – 86.

Like all series champions, he was invited back for Championship of Champions XII, and was drawn against Matthew Shore. Both players made good finds in BALLETIC and ODDMENTS, despite missing NOURISHES, and Cummins was two points ahead going into the conundrum. However, Shore solved RUMPIZETA in 2 seconds to snatch the game, with the final score at 109 – 101. This was the ninth century of Cummins' career, in which he had never scored below 91, but his run was over.

In 2004, Cummins captained the Trinity College, Cambridge team on University Challenge. On 15 March 2010, he appeared on Only Connect, winning the game as a member of The Strategists, a team of 3 strategy game enthusiasts. His game show career continued with an appearance on 24 February 2012 on Mastermind. Cummins' next quiz appearance was on Fifteen to One in July 2016, coming third. He reappeared on Mastermind in July 2017, winning his heat and qualifying for the semi-finals, where he finished second.