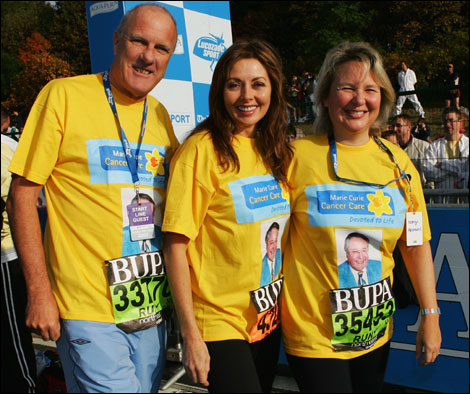 Richard Digance is one of the most prolific Dictionary Corner guests, particularly in the late 2000s when he would often appear twice per series. His popularity is such that he was on the shortlist to become the new presenter following the death of Richard Whiteley, but was passed over in favour of Des Lynam.

Digance is a comedian and singer, and often does comic poems in Dictionary Corner, sometimes based on things that happened on this day in history.

He is so much a part of the Countdown "family" that he even takes part in the Great North Run each year alongside Carol Vorderman, Susie Dent and Kathryn Apanowicz to raise money for cancer care (Richard Whiteley's favoured cause), an undertaking dubbed "Walking for Whiteley" as they walk, not run (and claim to have only ever passed one other person in the race).

Digance spent 11 years between appearances between 2009 and 2020 when he made a return to the show, thus appearing at least once alongside each main presenter. The day before his return, Nick Hewer incorrectly stated that he had been on the show 138 times when in fact, he had 30 more.