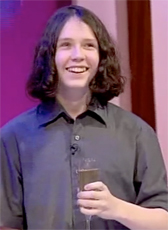 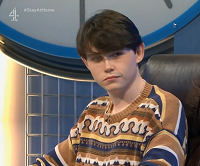 Conor Travers was an octochamp in and the champion of Series 54, a semi-finalist in Championship of Champions XII and the champion of the 30th Birthday Championship. He is the youngest ever series champion, having won at the age of 14, and is one of the most popular and talented contestants in the show's history. He has achieved three max games, the only contestant who is known to have done so. As well as being one of the most experienced Apterites and tournament players, Travers has competed in 22 games of Countdown, more than anybody else, and has also played more televised rounds than anybody else with with 327, 12 more than second-placed Zarte Siempre.

Travers was originally planned to make his début in the first episode of Series 54, but due to illness his appearance was pushed back by several days and he instead began his run on 23 November 2005 against Ray Oakley. He won his first game with a score of 99 after solving the conundrum in half a second, followed by 111 against John Archer and 99 against Geoff Alderman. His remaining 5 games were all centuries, with a top score of 124 and a low score of 111. During his run he beat future Series 73 finalist Judy Bursford. His octochamp total was 890. He was the first octochamp under Des Lynam's tenure as presenter.

Travers returned to Countdown in May 2006 as the No. 1 seed. He beat Daniel Peake by 69 points in the quarter-final, Paul Howe by 24 points in the semi-final before meeting Matthew Shore in the Grand Final. Travers won 98 – 83 to become the youngest-ever series champion at 14 years old, a record which cannot be broken due to an over-16s only rule enforced from Series 64. He also set the record for winning the longest series at the time (153 shows) as the series started the previous year due to the death of Richard Whiteley, which delayed the start of the series being filmed. Travers was the first of two champions to be crowned with Des Lynam as presenter, the other being Richard Brittain.

One week later, he returned for CofC XII beating John Hunt and John Brackstone in the first two rounds. Considered one of the favourites after his 890 aggregate as an octochamp (the second highest ever at the time), he lost 118 – 102 to the eventual winner Paul Gallen in the semi-final on the crucial conundrum CHOPLOSER. In his 14 games, Travers' lowest score was 98 and his average was 110.4 points per game.

Since losing to Paul Gallen, Travers appeared on Countdown's 25th anniversary special against Chris Wills, playing a to slightly shorter round format with celebrities selecting the letters and numbers, and won the game 69 – 58. He then started playing Countdown online again and spent some time in the No. 1 position on Apterous, while also setting the then highest ever score of 161 – 133 in an old 15 Rounder against Andrew Hulme.

Travers returned to Countdown again in 2013, as one of 41 contestants taking part in the 30th Birthday Championship. There he proved to have lost none of his edge, and overcame a field of strong contestants. He won his first match against Series 46 champion Ben Wilson despite falling 6 points behind early in the match, then maxed 14 rounds in his second match to beat Series 52 champion Mark Tournoff. His third match saw him go one better, as he scored a perfect 119 against Series 28 quarter-finalist and Scrabble expert Chris Hawkins. He then defeated the Series 60 champion Kirk Bevins in the quarter-final, again scoring a perfect 119 points. He then took on the Series 53 semi-finalist Jon O'Neill in the semi-final, being held in place for all the game, before eventually breaking clear by solving the conundrum INFIGHTER to achieve a 3rd consecutive max game, this time with 120 points. Travers has currently more max games than any other contestant on Countdown.

The Grand Final of the championships took place on 1 March 2013, when Travers played the Series 63 champion Jack Hurst. Travers took an early lead in round 3, when he spotted the nine PONYTAILS, and the only points he dropped from thereon were the 3 for not reaching the target in the first numbers game, bringing his incredible run of maximums of 58 to an end. Hurst's challenge ended when he missed POMADES in round 13, leaving Travers to max the final 2 rounds to equal the then-highest ever score in the show's history with 146, a feat achieved by Julian Fell over a decade earlier in the Series 48 semi-final. In the presentation, he was awarded the winner's trophy by Marcel Stellman.

Over the course of his six games in the tournament, he scored an incredible and unprecedented 86 out of 90 round-by-round maximums, including an unfinished streak of 51 consecutive letters maxes. He missed three letters games (two against Ben Wilson and one against Mark Tournoff), as well as the first numbers game in the final.

Travers held the record for highest total score in any number of appearances prior to Zarte Siempre, with a hoard of 2,348 cumulative points in 21 appearances. However, Jon Richardson claims to have broken this record over several series of 8 Out of 10 Cats Does Countdown, following a game where he scored 890 due to a conundrum worth 843 points.

Travers returned to Countdown once more on 23 December 2020, seven years after winning the 30th Birthday Championship, for a festive special episode against Jack Worsley. He continued his letters streak, and thus has not missed a single maximum in the last 61 letters rounds. He maxed every round in the game apart from the conundrum URINALAIM, which neither player attempted, but won the game 118 – 110 and became the first player ever to win 21 games on the show.

Travers is still interested in Countdown, and regularly participates in unofficial Countdown tournaments. He attended the very first tournament, COLIN 2005, followed by COLIN 2006, CoBris 2006 and CoLei3. He won COLIN 2008 and CoBris 2005, and came 2nd in CoBris 2007. He finished runner-up in COLIN 2017 where he was beaten in a crucial conundrum by fellow Apterite Dylan Taylor.

On 23 July 2020, Travers won the first ZoomDown series, which was created during national lockdown that was imposed as a result of the COVID-19 pandemic. He was invited back for the ZoomDown Championship of Champions, where he also won in a close game against Elliott Mellor in its final.