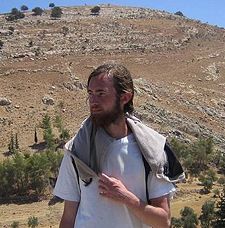 Richard Brittain was an octochamp in and the champion of Series 55, as well as a participant in Championship of Champions XIII. He is also an Apterite.

He accumulated 820 points in his octochamp run, but went into the finals as No. 2 seed to Steven Briers (843 points). Briers however then narrowly lost his quarter-final against eighth seed Phil Watson, a match which Brittain, watching from the audience, called 'an enthralling spectacle'. Brittain then comfortably won his quarter-final against Andrew Blades, but only narrowly beat Stu Horsey in the semi-finals before he trounced an off-form Tony Warren in the final, 103 – 60.

He returned for the Championship of Champions XIII and faced one of the favourites Jon Corby, and lost with the lowest score in the competition, including the disallowed words odontal ☓, biopot ☓, ommit ☓, saloneen ☓, and his now famous conundrum offering GANDISEEG ☓.

Brittain also appeared on BrainTeaser on Channel 5 in January 2007, less than a month after winning Countdown. He won the show and pocketed £1,500.

In November 2015, Brittain was arrested for assault after hitting an 18-year old ASDA shelf stacker with a wine bottle. He tracked her down to Fife and attacked her for posting a negative review of his book online. He was sentenced to 30 months in prison, serving 13 of them before being released in December 2016.