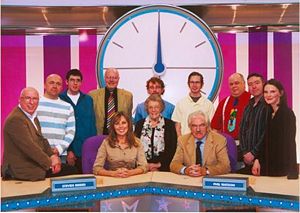 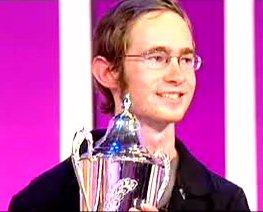 Series 55 ran from 19 June to 22 December 2006, and began with Championship of Champions XII. The second of two series hosted by Des Lynam, it was won by Richard Brittain.

The series featured two runaway leaders after the heats, Steven Briers with 843 points and Richard Brittain with 820 points. Briers lost dramatically on a crucial conundrum to Phil Watson, but Brittain made no mistake against Andrew Blades, winning 96 – 52. Stu Horsey the No. 3 seed won through, as did Tony Warren meaning that three of the semi-finalists were still unbeaten after nine games. Phil Watson couldn't topple two octochamps in a row and lost to Tony Warren, and Richard Brittain beat Stu Horsey 83 – 75 to set up a final between two players with 10 wins from 10 games.

In the final, Brittain took the lead after the first numbers game 27 – 19, while Warren fell apart and failed to score in three of the next five rounds. After having tyreman ☓ disallowed in Round 11, he trailed 93 – 60 going into the final conundrum FINALNITE which Brittain solved to end Series 55 with a century.