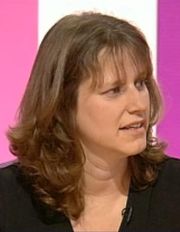 Anita Freeland was the runner-up of Series 56 and a participant in Championship of Champions XIII.

Freeland started her run in Series 55, winning 4 games before being stopped by the quarter-finals. She carried on to win three more games in the following series, before losing her eighth game by just 3 points to Jon Young. She did, however, qualify for the finals, and beat Amey Deshpande and Aaron Webber to reach the grand final, where she lost very narrowly on a crucial conundrum to Nick Wainwright.

Freeland returned for the Championship of Champions XIII, facing the octochamp Jonathan Coles in the first round, but lost on the unsolved crucial conundrum HAIRYMOPS.