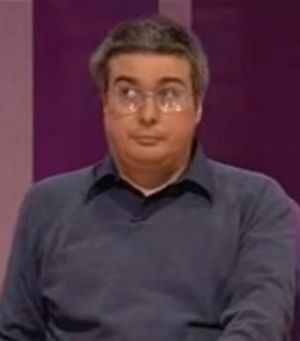 Jeffrey Hansford was an octochamp in and the runner-up of Series 57.

After a close-fought debut against Grant Woods, Hansford scored another seven victories by comfortable margins to become the series' third octochamp. This included a score of 127 with two niners, the second highest of the series. He also solved seven conundrums with exceptional speed, often buzzing in under a second, and showed visible disappointment on the one occasion he was beaten to the buzzer. In the finals, he saw off two tough opponents, before finally falling to Craig Beevers in the final. His impeccable conundrum record was, however, maintained, with two lightning-fast spots, and one controversially disallowed by Des O'Connor. For reasons unknown, Hansford did not play in Championship of Champions XIII.

He has Asperger's syndrome and is known for his range of unusual mannerisms. These include saying "please" after almost every letter, declaring an exact numbers solution to be '0 away' (parodied by Charlie Reams in Episode S29), "a risky [length] I should say" (usually for fairly common words), and spelling many of his words using mnemonics. He appeared in an article in the Daily Express which compared him to Rain Man. In the article, he claims to have studied the dictionary every lunchtime and evening since he was four point eight. He also earned an article in the Daily Mirror which revealed that he does not hold down a normal job but aspires to be a children's book author sometime before the end of 2012.

Reaction to him from fans of the show was extremely mixed, with some finding his mannerisms and obvious ability charming, while others were offended by his lack of social understanding and self-awareness. Hansford could be seen buzzing immediately on the conundrums on several occasions, arguably before he could have even seen the letters; a practice that some found controversial. This was most notable in his quarter-final and semi-final. Informally, on the c4countdown message board, "Hansfording" or "doing a Hansford" refers to buzzing in instantly for the conundrum before even seeing the letters.