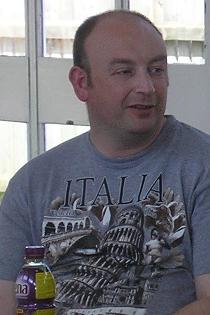 Richard Priest was the runner-up of Series 58 and a participant in Championship of Champions XIII.

Priest won his first game on 24 March 2008 with a century against Tony Durrant. Priest followed this with five more wins, including a run of three centuries on the trot, before losing his seventh game to Nigel Davies. However, Priest's 6 wins and 697 points were enough to secure a place in the finals as No. 6 seed.

Priest took on No. 3-ranked Tim Reypert in the third quarter-final. Priest came out the winner with ease, winning by 37 points. In the semi-final, Priest beat Peter Davies 100 – 70 in a game that was notable because Carol allowed 6 − 3 = 2 in the final numbers game. In the grand final, Priest had to take on the No. 1 prospect David O'Donnell, and went 13 – 0 down after two rounds, and never recovered. He did beat the No. 1 seed with MIRADOR but it wasn't enough to win the game, ultimately losing by 30 points.

Priest returned for the Championship of Champions XIII, but lost to Kai Laddiman on a crucial conundrum in the first round. Priest buzzed in with CAFETERIA which was wrong, only to realise a few seconds later that the answer was CAFETIERE. However it was too late, and he lost by 8 points.

Priest's own record of his experience on the show can be read on The Countdown Page here.

In November 2012 Priest, along with Nita Marr and Mike Brown, co-organised COEDI, the first Countdown in Edinburgh tournament, and he also participated in it.

Priest returned to the Countdown community on 11 March 2021, participating in Series 3 of ZoomDown.