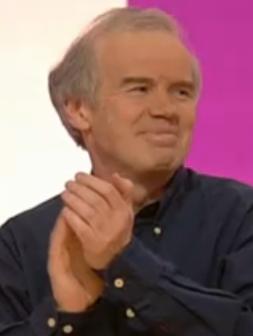 Peter Davies relishes a moment to watch someone else shine.

Peter Davies was a finalist in Series 58.

He beat Allannah Steadman with an impressive score of 98 and scored his first century in the next game. After this, his scores steadily dropped (96, 93, 89, 81) until he lost his 7th game against Don Gill. The game was close and hinged on Davies declaring eight when his word DENOTING wasn't valid because there was only one N in the selection. This allowed Gill to take a seven-point lead into the conundrum KISSINTEL, which neither player could solve. Davies returned for the series finals in June as No. 7 seed, and made an impact straight away, beating octochamp and No. 2 seed Michael Macdonald-Cooper with words like POIGNANT and RAVAGES. In the semi-final he faced Richard Priest and Priest was on form, and led 100 – 60 before the conundrum. Davies got the conundrum CELERYGIN but it wasn't enough and he lost 100 – 70.

Davies returned for the Championship of Champions XIII in 2009, but was knocked out in the first round by eventual runner-up Charlie Reams. Of note is that his conundrum spot of CUTENIFTI (FETTUCINI) in that game, is in fact a word that's not in the current Oxford Dictionary of English.