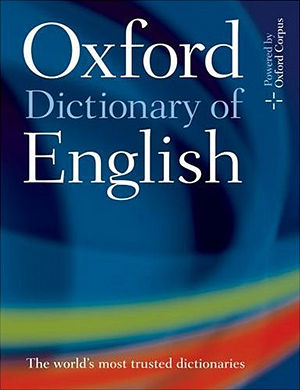 The Oxford Dictionary of English (ODE) was the source dictionary used to judge words on Countdown from Series 43 to Series 70. Each updated edition typically added a number of new words, removes a few and clarifies the validity of some inflections (see letters round rules). It was replaced by use of the of Oxford Dictionaries Online (ODO) on a laptop in Series 71, which also replaced the pencam. The third and last edition remains visible on the host's desk to this day, is still in use on 8 Out of 10 Cats Does Countdown and remains part of the Countdown goody bag.