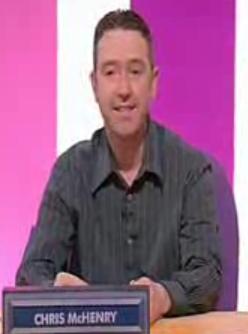 Chris McHenry was an octochamp in Series 55.

A bingo caller from Bury, he scored 643 points on his way to becoming the #5 seed. McHenry faced Tony Warren in the quarter-finals, where Tony managed to score over twice McHenry's score, the result being 75 – 37.

McHenry was the last octochamp to be crowned with Des Lynam as a presenter.