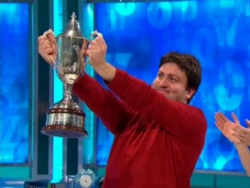 The series was of an incredibly strong standard and featured Apterites Thomas Carey, Jonathan Wynn, Matthew Tassier, and Matty Artell in the finals, as well as several others who did not make it to the finals (Rhys Benjamin, James Rowan, and Hazel Drury).