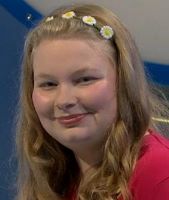 Hazel Drury was a contestant in Series 73. She is also an Apterite.

She reappeared in Episode 6406 as an audience member solving the conundrum in which both contestants failed to do so.

She is regarded as one of the best letters players on Apterous, and has more than 5,200 “pencils” (i.e. the first time a word is declared as a maximum) as of May 2020.