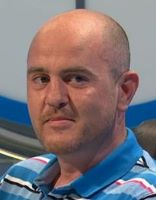 Liam Moloney was a finalist in Series 73.

Moloney is one of only two finalists in the 15-round era to begin his heat run by defeating a future finalist and end it by losing to another future finalist, the other being Sean Fletcher (Series 70). Moloney is also the only non-octochamp to date to have achieved 6 centuries in their heat games.

Qualifying for the series finals as No.7 seed, Moloney came up against Jonathan Wynn. Despite not scoring in the first two rounds, Moloney kept up with Wynn throughout the game but was unable to force a crucial conundrum.