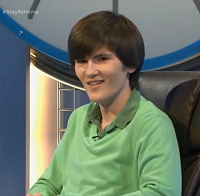 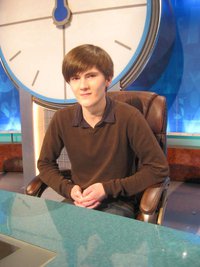 Jack Hurst was an octochamp and the champion of Series 63, and was the runner-up of the 30th Birthday Championship.

Hurst made his debut on 13 October 2010 and established himself as a Countdown legend from the get-go, getting a nine-letter word in the first round of his career and solving his first conundrum in 0.1 seconds, not the only time he would achieve this. He convincingly won all 8 of his preliminary matches, achieving a high score of 133 (one of the highest ever) as well as a low of 110. In addition, he found nines in all but two of his heats.

When the dust settled, Hurst had accrued 946 points, more than twice the total of all his opponents combined and the then highest total for any octochamp in the history of the show, beating the previous record set by Andrew Hulme in Series 61. Hurst was also one of very few players in history to score centuries in all eight of his heat games, and the first player to score above 110 in all eight heat games. Following a change to the show's format in March 2013, his octochamp total was also confirmed as the highest ever achieved in what became known as the "old" 15-round format.

Hurst had appeared only a few weeks after the previous player to achieve eight centuries, Eoin Monaghan, and it was no coincidence that these two contestants would play each other in the grand final. Nonetheless, he was still No. 1 seed by nearly 50 points, and easily saw off Peter Godwin when he returned for the quarter-finals. However, feeling confident after his quarter-final, he was brought up against Marcus Hares, and Hares was no pushover. It took the impressive word NARIYALS, a mistake from Hares when he declared UNTITLED as a 7, and a truly amazing numbers game from Hurst, reminiscent of that of James Martin, before the game was settled.

The grand final against Eoin Monaghan was a close game, with Hurst only beating Monaghan in one letters and one numbers round, but it was enough to duck out of a crucial conundrum, and he finished off with a flourish by solving SMARTIACE in 0.25 seconds, the fastest ever conundrum spot in a final (beating even Jeffrey Hansford). Hurst racked up a total of 1,276 points, and scored at least 108 in every game he played (averaging 116).

He returned to Countdown in 2013, as one of 41 contestants taking part in the 30th Birthday Championship. He won his first match against Series 65 semi-finalist Mark Deeks by a score of 108 – 103. He then beat the Series 28 runner-up Wayne Kelly, scoring 143 points in the process, the 2nd highest score in the history of the show. He then defeated the Series 47 champion Chris Wills in round 2, setting up a quarter-final with Series 58 champion David O'Donnell, winning the match by 115 – 97, needing a crucial conundrum for the first time on the show. The next day, he was up against Series 66 runner-up Jonathan Rawlinson in a titanic encounter. After drawing the first 10 rounds, Rawlinson took a 6 point lead after Hurst's gamble with hammies ☓ backfired, but Hurst then took a 1 point lead after spotting AUTOPSY, then he sealed the win by solving the conundrum TURNMOIST in 3 seconds.

The grand final of the championships took place on 1 March, when Hurst played the Series 54 champion Conor Travers. Travers, who had scored perfect games in his previous three matches, took an early lead in round 3 when he spotted the nine PONYTAILS, and the only points he dropped from there were the 3 for not reaching the target in the first numbers game. Hurst's challenge ended when he missed POMADES in round 13, leaving Travers to max the final 2 rounds to equal the highest ever score in the show's history with 146. Hurst did still score 111 points, meaning that his lowest score from 17 shows was still 108.

7 years later, Hurst returned to Countdown on 22 December 2020 to play the second of three Christmas specials against Callum Todd. Hurst showed no sign of slowing down spotting MARLSTONE in the 2nd letters round and PATHOGENS in the 10th letters round, ultimately prevailing with 125 points to Todd's 100 points.

Before appearing on the show, Hurst attended the unofficial Countdown tournaments COLIN 2010, CoLei Summer Special and was due to appear at CoLei3, which was happening during the time his shows were broadcast but pulled out with a few days to go. He then made up for this by attending COLIN 2011 and CoNot 2011, as well as winning CoLei4. He also attended CoBris 2016 winning on a crucial conundrum against Series 66 winner Jack Worsley. He has made a number of Co-event appearances with his brother, Josh Hurst. He still partakes in a few events, most recently participating in Co:Lon 2022 and winning Co:Brighton 2022 in the final against Jonathan De Souza.