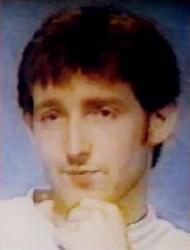 Chris Rogers was the runner-up of Series 29 and the winner of Championship of Champions VIII. He is not related to the Australian cricketer of the same name.

He was from Mitcham, Surrey, first appeared on Countdown on 3 March 1995, defeating Barry Hughes 60 – 34 in the 38th heat of Series 29. Rogers went on to win five more heats before falling at the hands of Andy Cusworth, 55 – 52. Rogers' six wins, however, were enough to see him return for the series finals as #1 seed. In the final rounds, be beat Tony Buffey and Stanley Ward on his way to a grand final showdown with Darren Shacklady. In the final, however, Rogers went 16 – 0 down after 2 rounds and never recovered, eventually losing the game 105 – 63.

Rogers' performances were enough to earn him an invitation to participate in Championship of Champions VIII, which also doubled as a qualifying group for the Supreme Championship. Rogers beat series champions Alan Sinclair and David Acton on his way to a grand final showdown against Kenneth Michie, and this time, the result went in his favour as he ran out the 71 – 49 winner to become the eighth Champion of Champions. Rogers' win saw him enter the Supreme Championship at the quarter-final stage, where he lost to John Clarke.