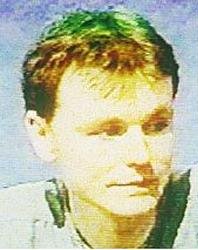 David Acton was an octochamp in and the champion of Series 31, as well as a semi-finalist in Championship of Champions VIII.

He first appeared on Countdown on 27 February 1996, beating Bryan Darbey 67 – 42. Acton won his remaining seven games in impressive fashion, including an 81 – 8 drubbing of Peter Chamberlain, the highest score of the series and second largest 9-round winning margin of all time. With 486 points to his name, Acton was the clear #1 seed going into the final rounds.

In the finals, he defeated Kevin Fisk and Anne Bougourd on his way to a Grand Final match-up with Kenneth Michie. Despite having two words disallowed, Acton was still leading by 6 points going into the crucial conundrum, and unscrambled SUSISDENT in 11.5 seconds to become the first undefeated champion since Don Reid in Series 25. However, being a strict vegan, Acton famously declined the first prize of the leather-bound dictionaries and opted instead for the CD-ROM form, donating the difference to a local school.

Acton returned later that year for Championship of Champions VIII, comfortably beating Dennis Fearon in the first round before falling to eventual winner Chris Rogers in the semi-final.

Acton would return to Countdown one last time, for a special episode – a rematch of his final with Kenneth Michie. This time, Michie was the clear winner.