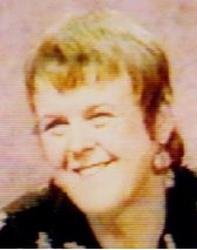 Verity Joubert was the champion of Series 30, and a participant in the Supreme Championship and the Ladies' Championship. She was an accountant from Wimbledon.

Joubert first appeared on Countdown on 26 July 1995, beating Andrew Bull 50 – 46 in the 18th heat game of Series 30. Joubert won 3 more games before losing to Chris Williams 69 – 33. Her four wins were enough to see her into the final rounds as No. 7 seed, where she beat Andrew Bull a second time in the quarter-final before beating Sue Renwick in the semi-final. In the final against Chris Colsmann, a very rare No. 7 vs No. 8 seed encounter, Joubert entered a consistently good performance whilst Colsmann had multiple words disallowed. In the end, Verity ran out the 86 – 65 winner, and became the thirtieth champion of Countdown in the process.

Joubert did not participate in Championship of Champions VIII as she was unable to make it to the Countdown studios on the days required, but was instead entered directly into the Supreme Championship two months later. She was drawn into Group G, and lost to Kevin Nelson in the first round on the unsolved crucial conundrum SPOORINGS.

Joubert's Countdown adventure was not over, however, as she would return to the studios in 2003 to record a special three-day 'Ladies' championship' against other female series champions. However, she lost to Kate Ogilvie 47 – 39 in the first round.