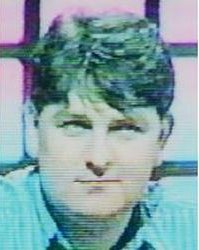 Kevin Nelson was the runner-up of Series 13.

From Liverpool, he beat Robert Randall in his first appearance, and won four more games before losing to Mick Elsdon. Returning for the final rounds as #3 seed, Nelson beat Mark Preston and Mike Whiteoak to reach the final. In the final against Hilary Hopper, it went right down to a crucial conundrum, and Nelson looked to have it all sewn up after 2 seconds, but his answer was wrong, allowing Hopper to buzz in and win the match and the series.

Nelson did not play in Championship of Champions IV, but did return for the Supreme Championship in 1996, beating Verity Joubert in the first round. Nelson led by only 8 points with two rounds left thanks to GESTATED. Neither player could solve the final numbers game nor the conundrum SPOORINGS, however, so Nelson won the match 43 – 35. In the second round, Nelson faced a Champion of Champions, Tim Morrissey. He beat him on the numbers but missed SALIENT, and after Morrissey unscrambled EURESILLY, he was beaten 57 – 41.